There’s no time to lose I heard her say
Catch your dreams before they slip away
Dying all the time
Lose your dreams and you will lose your mind
Ain’t life unkind
Goodbye Ruby Tuesday, who could hang a name on you?
When you change with every new day
Still I’m gonna miss you

You can listen to the song here on Soundcloud 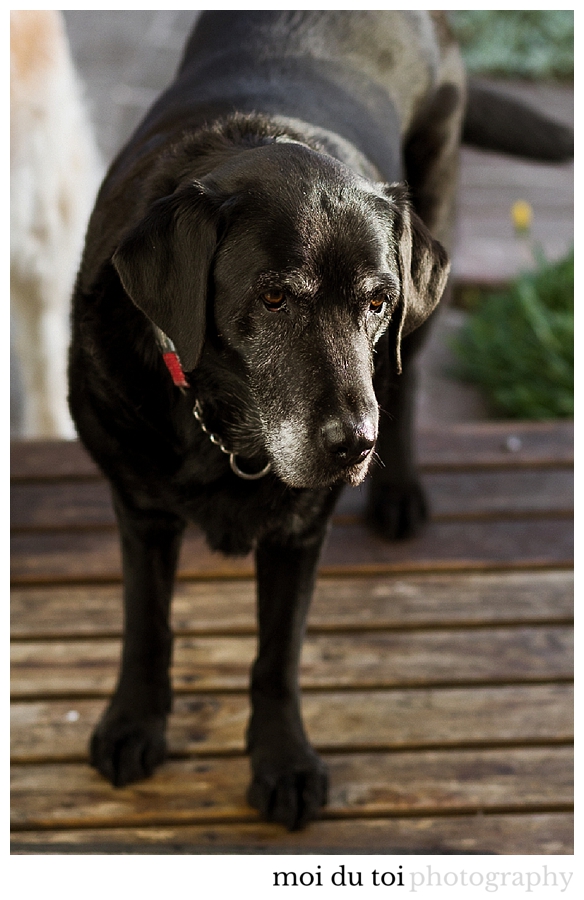 It has taken me a quite while to get to a point of feeling emotionally strong enough to share with you the sad news that our darling thirteen year old Ruby Tuesday, returned to spirit on the 16th of January this year at 14:40, a mere thirteen weeks after our beloved Golden Retriever, Paddington crossed over the rainbow bridge at age fourteen.

After battling for over a year with Mega-esophagus, Ruby Tuesday finally succumbed to a serious lung infection caused by aspiration pneumonia which is one of the risks of this horrible condition in which the esophagus, a tube that allows the food to travel from the mouth into the stomach through muscular contractions, is grossly enlarged and can no longer force the food into the stomach. Consequently, the food builds up in the esophagus, causing the dog to constantly regurgitate.

Unless steps are taken to counteract this; a high chair for the dog to sit and eat in, a neck pillow to keep the head raised, a tilted bed to keep the dog’s head higher than the tail, specially liquidised food, the animal may suffer from malnutrition or aspiration pneumonia.

This post will not be written in the same vein as Paddy’s, mainly because it’s just too painful and besides which she had her own unique personality and I would much rather tell you about her life and how fortunate we all were to have known this sweet soul rather than give a blow by blow account of Ruby’s last few days.

Ruby came into our lives at just the right time, having recently lost our aged Maltese poodle (Babushka) to cancer, Paddington was terribly lonely and missing his 4 legged companion in a big way. We heard about Ruby-choobs when she was about eighteen months old, from an acquaintance who told us that Dobie’s (that was Ruby’s name then) owner wanted to get rid if her. The owner was fed up with Ruby barking and digging holes in the garden, so she was locked up in a cement swimming pool enclosure during the day and banished to sleep in a corrugated iron roof shed at night. The garden shed was fine except when there was a thunder storm which would leave my poor girl shivering and shaking with terror.

Despite all our efforts and copious amounts of Dr Bach’s rescue remedy, she never ever got over her fear of storms and very loud noises. Ruby never dug a hole in any of our gardens and she only barked for good reason.

Dobie sounded like such a clunky horrible name, once she was our dog, we changed her name to Ruby Tuesday which suited her much better. We had pet names for her too, all of them a variation on Ruby Tuesday; Ruby, Rubes, Rubino, Ruby-chooby, Rubinski.

A sensitive little girl, she was frightened of harsh words, loud noises, a visit to the vet, any changes in routine. Despite all her fears, Ruby Tuesday was above all things, a peacemaker. She made sure that all the dogs we fostered, while living in Mauritius, behaved themselves and would run interference at the merest hint of discordance. Never having had any puppies of her own, I think this was her way of channeling her inner bossy Momma.

Fiercely protective of Paddington, she would insinuate herself between him and I if I was reprimanding him, giving him medication or even grooming him (something he vociferously protested against).

She had 3 major loves in her life, first and foremost there was Paddington, her second love was going for a walk and then food of any description. Of course she loved us humans too but Paddy was her life. 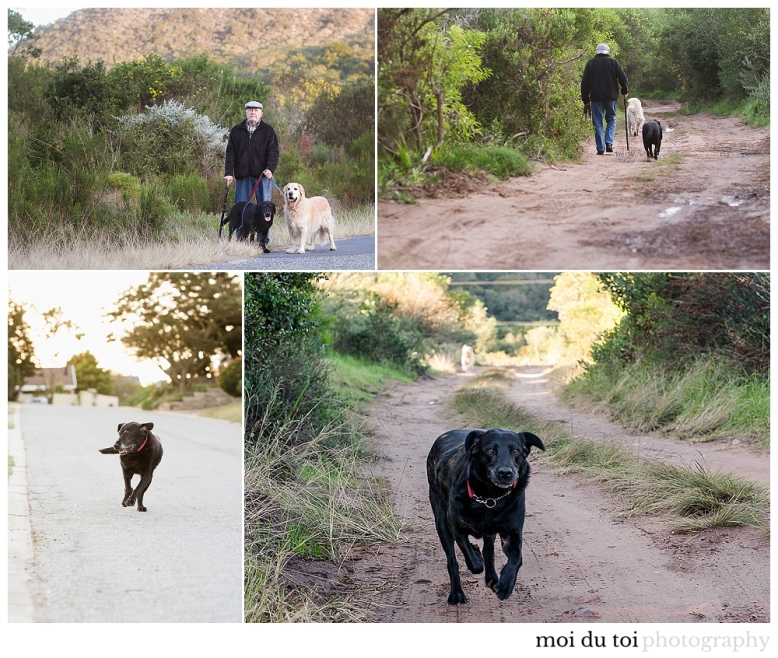 Ruby liked to clown around sometimes too, making funny faces and acting silly.

Unlike Paddington, she did not like posing for the camera and most of the time I had to steal very sneaky shots! Not the most ladylike of dogs, she had the habit of sitting like a lazy frog, always on one bum cheek or the other. 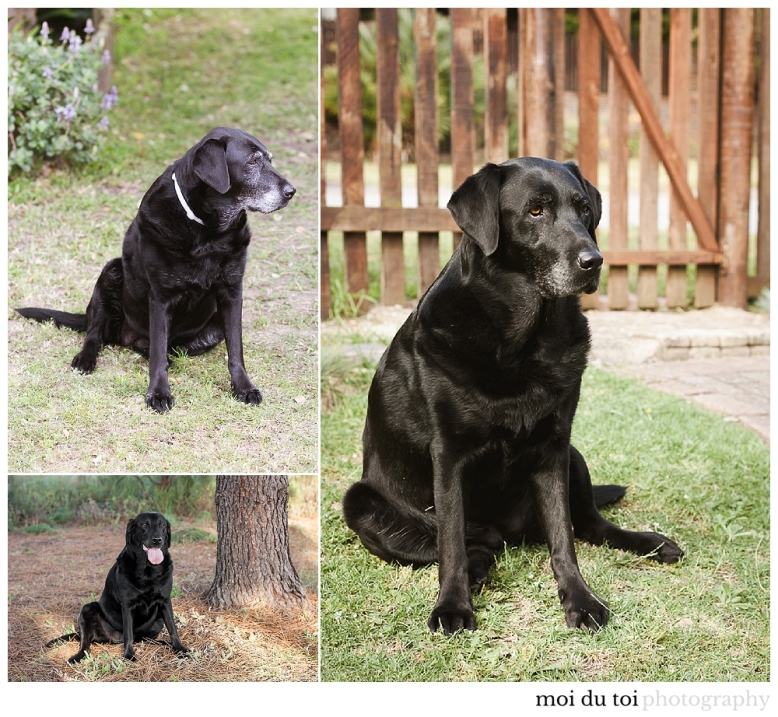 Rubes was very patient and forgiving of all of us, what wonderful ball sense she had, great at catching things in mid air but she always stepped aside when Paddy went for the ball or the frisbee even though he was totally useless at catching, she wanted him to feel he was the best. Even though she put forward this non pushy, gentle persona, she was most certainly the woman behind the man. In that movie “My Big Fat Greek Wedding”, there is an interaction between the daughter, Toula and the Mom Maria, that reminds me so much of Ruby and Paddy’s relationship:

“Let me tell you something, Toula. The man is the head, but the woman is the neck. And she can turn the head any way she wants.

If Ruby wanted to come inside, she would get Paddy to bark for her, on the very odd occasion when we had forgotten to feed them she would send Paddy with his sweet begging eyes to ask for food, he cleaned her ears for her, she had him well and truly wound around her glossy black paw.

When she first began to show the symptoms of Mega-esophagus the vets were puzzled, they had no clue what was happening to our poor dog. We tried so many things and just couldn’t understand why she kept on vomiting, one day all right and the next not. She threw up on the sitting room rug so many times we had to have it cleaned, rolled it up and put it away. As soon as she would begin with the hacking noises we would chase her outside to throw up, at one stage I think she thought her name was “get out!”. Poor dog, we were clueless but she always forgave us.

Even once she was finally diagnosed 12 months later, there were times when I just got so frustrated with cleaning up puke in the early hours of the morning, washing blankets, carpets and dog bedding that some days I was less than patient with my beautiful black girl than I should have been. I still feel very bad about that and am so sorry for being impatient and unkind to her some days but yet she was always loving, patient and forgiving. Always and always. Precious sweet girl. She taught me a lot about love.

People often thought that Ruby was older than Paddington because her black fur showed grey hairs more easily than his golden curls, she was a glossy pitch black colour when first she came to live with us and it is only as she began to age the grey hair appeared.

For the most part Paddy and Ruby were inseparable and enjoyed each other immensely, they often used to mock fight each other and tug of war was one of their favourite games. A visit to the beach was the very best for both of them as they chased each other up and down the beach and frolicked in the waves.

Ruby was devastated when Paddy passed, she tried her best to be there for us, to still go for walks and make an effort to be a happy dog but there was no mistaking the heaviness in her heart and the sadness in her eyes.

The afternoon of the 16th while Ruby and I were waiting for the vet to come, she was looking exhausted, finding it difficult to breathe and even keep her eyes open, I asked her if Paddy was coming to fetch her and she looked at me with her amber eyes and wagged her thick black tail. We often used to joke about Ruby’s tail, we used to say she wagged it so much that we could hook it up to a machine to produce electricity.

The final thing my sweet girl did as the euthanasia medication was coursing through her veins was to wag her tail, one last time before she closed her beautiful eyes forever.

We wrapped her in her favourite red blanket, tucked a white feather under her right arm and buried her next to her darling Paddington. There was no need for a crow feather as we knew Paddy would show her the way and the white feather was to ensure her guardian angel be there to protect her on this sacred journey. We gently lowered her into the earth, careful to lay her on her left side with her head facing East, the place of the rising sun, just as we had done thirteen weeks earlier with Paddy. 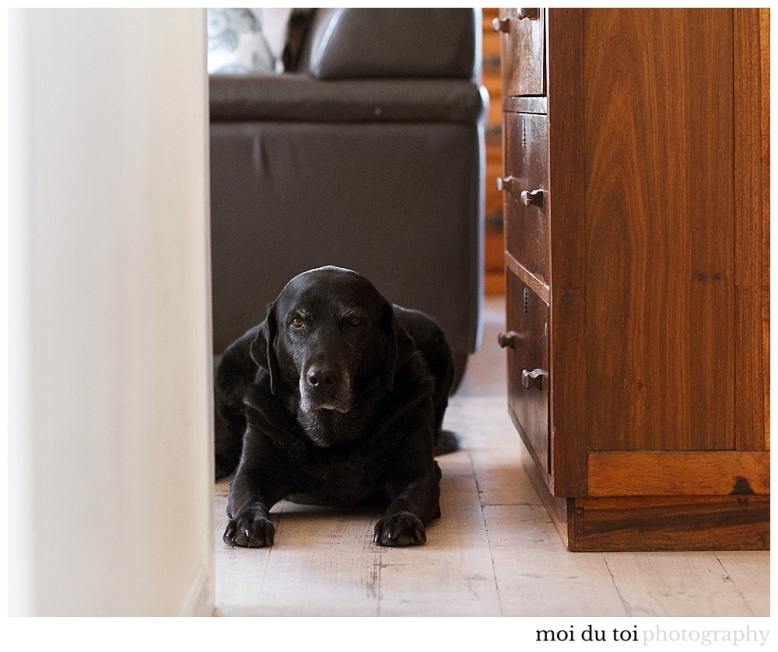 Our house is too quiet now and while we are still so very heartsore, it’s comforting to think of them reunited and playing on a beach somewhere over the rainbow bridge.

Goodbye and rest in peace ’til we meet again my precious angels.

Love you forever and ever